Is the US economy pushing talent away?

For close to a century, US universities have been a magnet for international students. And for decades we’ve been inadvertently ignoring the value these students bring. But our current environment is making us consider what might happen when the flow of global talent runs dry.

US immigrants and their children have made a significant, lasting impact on our economy. They founded around 40% of the Fortune 500 companies, producing $5 trillion in revenue and 11 million jobs just last year. As a nation, we’ve won more Nobel Prizes than any other country in the world – and over 30% of those were won by immigrants to our nation.

Universities play a significant role in bringing such global talent to the country. But they are facing a hostile environment that discourages and makes it increasingly difficult for overseas students to study in the US. International enrolments are now suffering – even in the most attractive areas such as business.

Our neighboring universities in Canada and Mexico, not to mention Australia and the UK, are wasting no time in taking advantage of this opportunity and doubling down on presenting themselves as a safer, more welcoming option.

We are at great risk of losing not only talented and skilled people but also the many benefits they bring to our economy, domestic students and institutions.

According to NAFSA’s International Student Economic Value Analysis, international students contributed $36.9 billion to the economy and supported over 450,000 jobs in 2016/2017. That’s students who are still studying. Imagine their impact once they graduate. 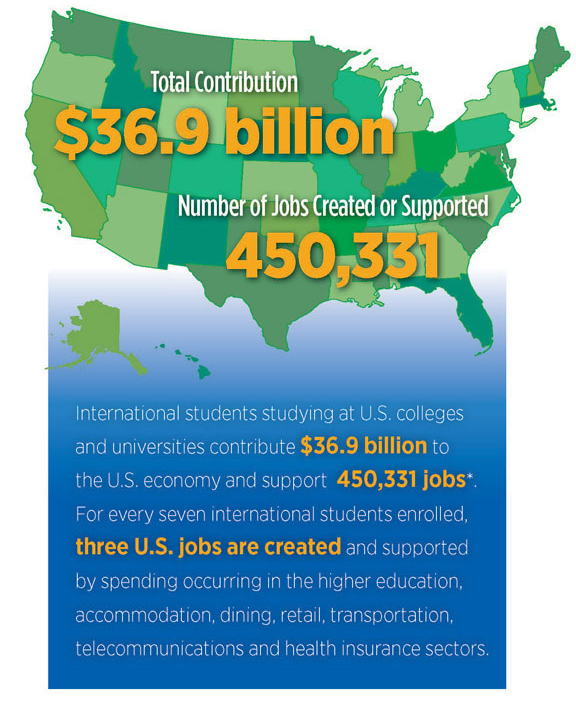 Currently hundreds of thousands of jobs stand vacant due to a lack of skills and capabilities, yet we make it harder for people from overseas to help us fill the gaps. At a time when a skills shortage is rampant across the US, increasing our talent pool is vital to the success of businesses, our economy and the wealth of the country.

Even those students that move back to their home country can bring immense value to the US. They become global connectors – people who can provide the kinds of partnerships we want to create with our global partners economically, politically and socially.

The value of diversity

Today 83% of US university students will be working with virtual teams from around the world once they graduate. We cannot prepare our graduates for working in a global economy in a homogenous environment with limited diversity.

Learning alongside and socialising with students from other countries at university allows domestic students to learn about cultural differences and develop skills in working with global teams – skills that are imperative in the global economy.

The value for institutions

A number of schools also spend a large portion of this revenue on programs that were cut by state governments – programs that assist domestic students who need extra services or support. 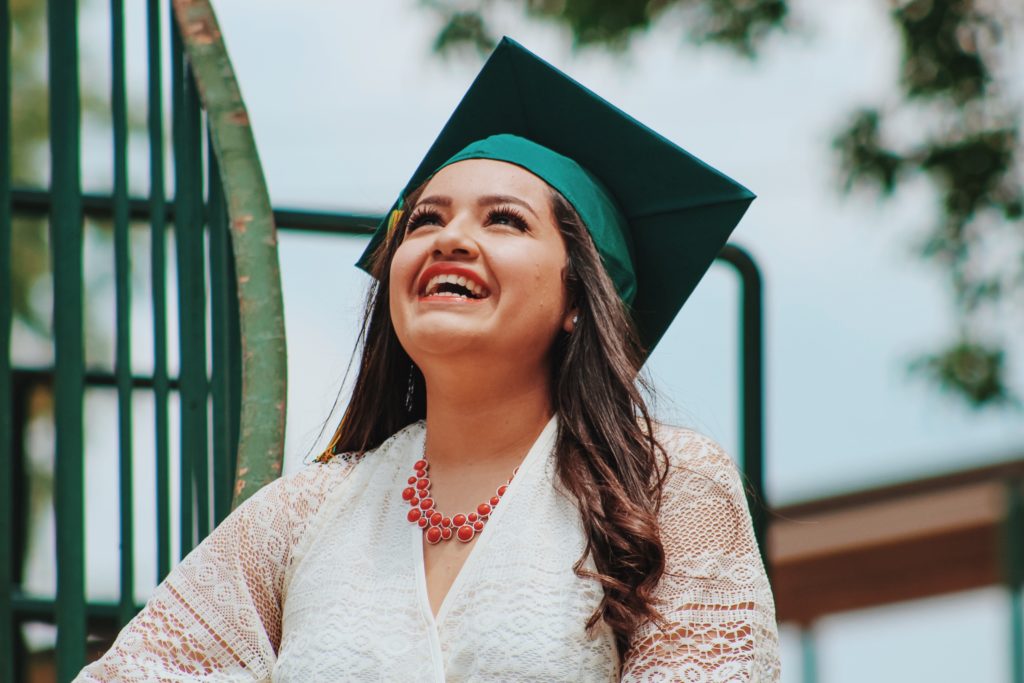 In fact, education is Australia’s third largest export sector, valued at AUD$32.2 billion per year. International students make up more than a quarter of enrolments at many Australian universities, with numbers expected to rise.

Australia’s past visa restrictions and high enrolment fees saw a decrease in international student intake, significantly impacting Australia’s economy (a rough lesson the US is about to learn), and prompting the government to relax the restrictions – with significant positive results.

So, what can we in the US do to ensure we don’t miss out on the benefits of international students?

One way schools are getting around the current difficult environment is via public-private partnerships. Through partnering with corporations who work around the globe universities are able to cut through red tape, gain extra support for students and create pathways to successful learning programs.

Schools will need to maintain their commitment to creating environments that attract global talent. We also need to start highlighting and reporting on the value international students bring on a wider platform to keep America smart, skilled and talented.

About The Author James Applegate

Dr. James Applegate is a Senior Academic Advisor with Navitas North America. Applegate has spent his career focused on developing policies to increase college access and success particularly for underserved groups. He currently is a visiting professor in the Center for Education Policy at Illinois State University and previously served as the Executive Director for the Illinois Board of Higher Education. In that role, Applegate led a $2 billion higher education enterprise designed to dramatically increase college attainment, improve college affordability and close opportunity gaps in Illinois. He also served as Vice President and head of grant-making for the Lumina Foundation where he developed new approaches to support increased degree production, fairness, and productivity in higher education. He received his doctorate from the University of Illinois. Additionally, he served as President of the National Communication Association, the world’s largest association of communication scholars.