Navitas’ agent survey (September 2020) revealed that, relative to other regions, agents in South East Asia are not as taken by the UK’s openness, and continue to hold the management of the pandemic – and the associated safety – of Australia and New Zealand in high regard.

South East Asia has a distinct perspective on different study destinations, influenced by the successful management of the pandemic in countries like Vietnam, Cambodia and Laos. Other countries like Singapore, Malaysia, and Myanmar had a degree of early success but have since faced subsequent outbreaks. The Philippines and Indonesia have been the least successful in their management of COVID-19.

Safety is arguably the number one priority for families in South East Asia. Agents in South East Asia therefore continue to hold the government’s handling of the pandemic in New Zealand and Australia in high regard. Tim Tabaka, Navitas Regional Sales Director for the South East Asia region, believes that the Australian and New Zealand advantage in the minds of parents and students in this region is also reinforced by overlapping time zones, reputable healthcare systems, and geographic proximity (meaning that students can easily return home should the need arise). Canada, and more so the UK, are viewed unfavourably by agents in this region – the handling of the pandemic has not made these countries more attractive study destinations. Relative to the poor handling of COVID-19 in the USA, most destinations, and New Zealand in particular, compare very favourable in the eyes of South East Asian parents and students.

Figure 1: “Over the past two months, the way this country’s government has handled coronavirus has made it a more attractive study destination.” (Respondents in South East Asia) 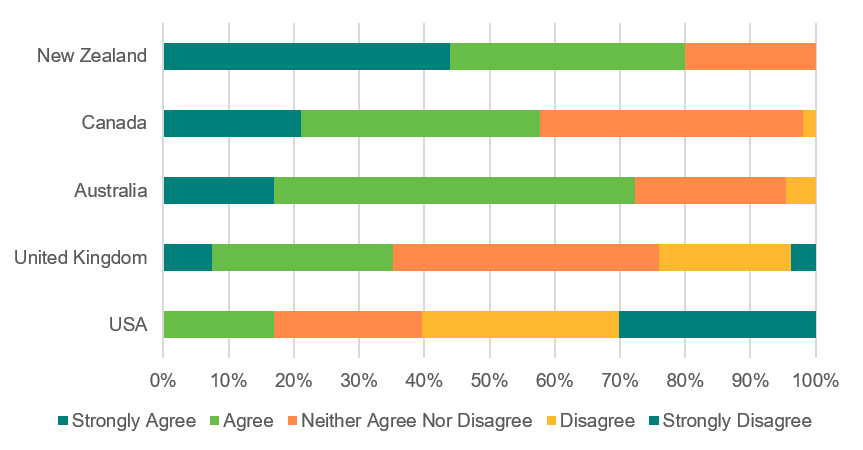 South East Asian agents’ views on the attractiveness of destinations is relatively subdued. About 60% of agents surveyed agree/strongly agree that interest in New Zealand, Canada and Australia has picked up in recent months. Interest in the UK remains low and interest in the USA remains very low.

Figure 2: “Over the past two months, there has been more interest in this country as an education destination compared to other countries.” (Respondents in South East Asia) 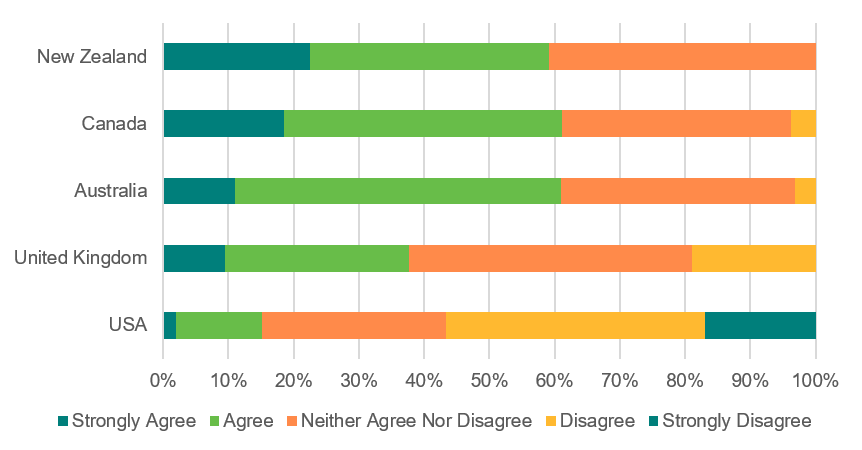 In contrast to agents in South Asia, where the pandemic is more rampant, agents in South East Asia are less influenced by the extent to which a country is perceived as ‘open and welcoming’. In the South East Asian market, perceptions of safety and stability are paramount, with many families in the region still having fresh memories of the SARS outbreak in 2003 and the associated unwillingness to take for granted the health of their children. On this measure New Zealand, Australia and Canada hold a comfortable lead over the UK and USA.

Figure 3:  Proportion that agree/strongly agree that the reputation of a country as ‘safe and stable’ and ‘open and welcoming’ has improved in the last two months (Respondents in South East Asia) 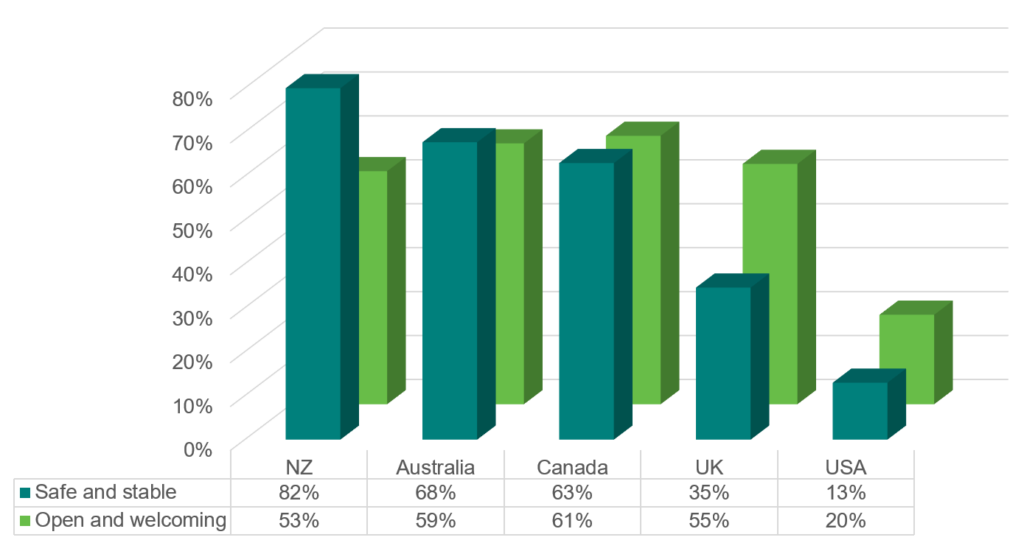 When asked whether they expect students to be able to travel to a given destination in the first half of 2021, agents in South East Asia are not particularly optimistic. About 20 to 30% of agents think that being able to travel to the UK, NZ, Australia and Canada is ‘almost certain’ without much differentiation between those destinations.

This is reflective of the current situation across the region where international travel remains limited. Domestic travel has returned in places like Vietnam, however due to secondary waves in Malaysia and Indonesia, domestic travel in those countries continues to be disrupted.

Figure 4: Do you expect students to be able to travel to the following destination countries in the first half of 2021? (Respondents in South East Asia) 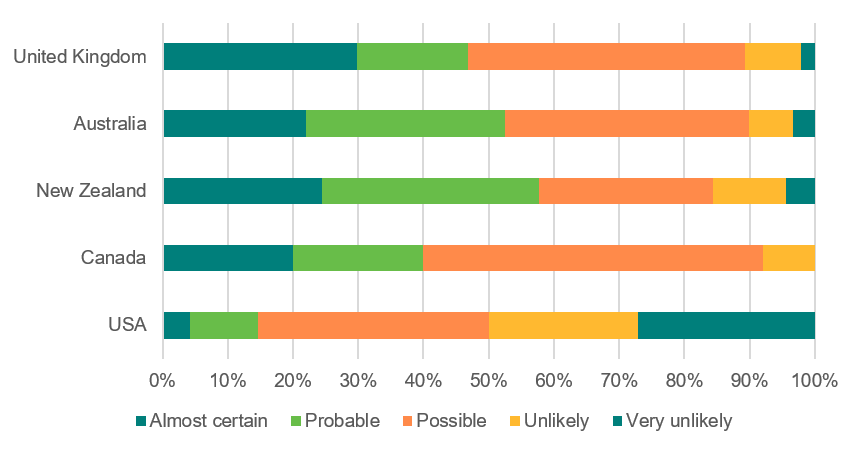 Amongst its key international student source countries, Australia’s reputation in the eyes of agents, students and parents in South East Asia appears to be the most positive. While agents in China and South Asia are starting to respond negatively to its early and seemingly indefinite closure of borders, agents in South East Asia appear to be more accepting of Australia’s approach to maintaining negligible COVID-19 cases. This points to the potential for strong pent up demand from South East Asia once borders re-open to students, although the question will be whether this patience can be sustained until such time, or will perceptions shift again if the UK and Canada can improve their management of the pandemic?

The emerging risk for the Anglophone destinations is competition from transnational education  providers in-country, especially in Vietnam, Malaysia and Indonesia. Students and parents are now starting to see this as a more affordable option and a preferred mode of study when compared to prolonged bouts of online delivery. Tertiary institutions may need to plan to pivot as the market is now weighing up risk and returns of the traditional in-country, on-campus model in a post-COVID19 world.

You may also be interested in agent perceptions from Greater China and South Asia.