In Greater China, the UK is increasingly appealing and Australia is falling behind

In the eyes of 60 agents in China, the attractiveness of the UK as a study destination has improved significantly in the last two months. The latest Navitas agent research, conducted prior to the more recent adverse news of on-campus outbreaks in the UK, reveals that more than 90% of agents in Greater China agreed that there had been more interest in studying in the UK amongst Chinese students and parents. This is a substantially more favourable result than all other study destinations covered by the survey including Canada (44%), New Zealand (34%), and Australia (21%).

Concerningly for Australia, 45% agents in Greater China hold a negative view on the question of whether there has been more interest in Australia as a study destination, more than double the proportion holding a positive view.

Figure 1: “Over the past two months, there has been more interest in this country as an education destination compared to other countries.” (Respondents in Greater China) 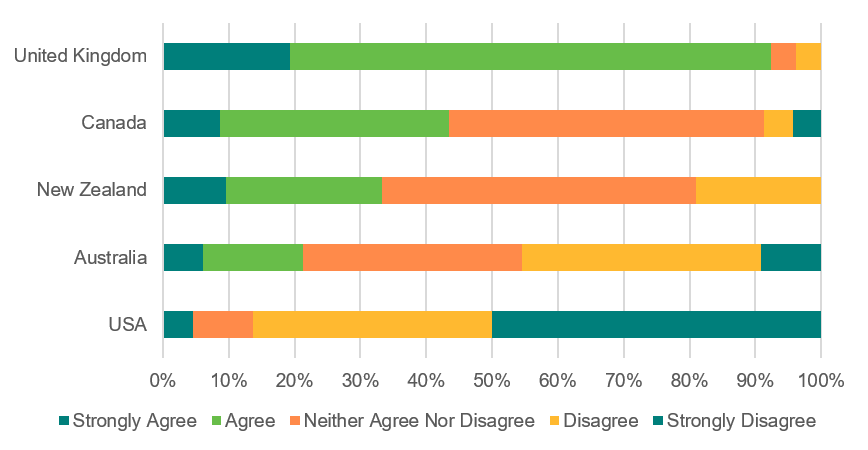 Part of the explanation for increased interest in the UK and reduced interest in Australia is in perceptions of the way the respective governments have handled the coronavirus in recent months.

In this latest survey, agents in Greater China report that the way that the Australian government has handled the coronavirus has not made Australia a more attractive study destination compared to the UK, New Zealand and Canada. Only 33% of agents surveyed hold a positive view on Australia’s pandemic performance and almost the same percentage would hold an opposing view.

The second wave and lockdown in Melbourne could be seen as a key reason for this negative view of Australia, but consistent anecdotal feedback from the Navitas network on the ground would suggest that the approach to border closures and associated ‘two-steps-forward-one-step back’ approach has been detrimental to Australia in the eyes of agents from Greater China. Australia’s closed borders during 2020 and the fact that there is currently no indication when international students will be able to return at scale is creating uncertainty and frustration in the market. This is in contrast to northern hemisphere destinations that have remained largely open.

Figure 2: Over the past two months, the way this country’s government has handled coronavirus has made it a more attractive study destination.” (Respondents in Greater China) 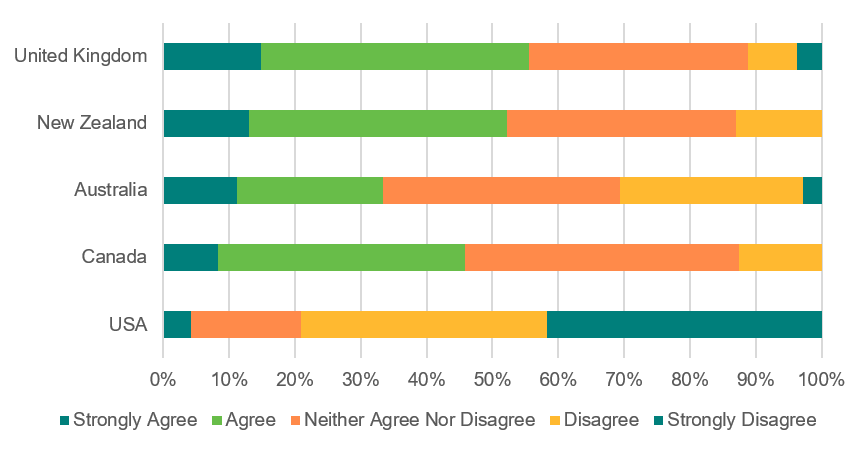 According to Kim Eklund, Navitas Regional Sales Director for Greater China, there are two factors that are playing into Australia’s weak reputation for being safe and stable in the minds of Chinese families. First, perceptions have been affected by the relative lack of support for international students in Australia. There has been a lot of commentary and discussion in China about the fate of those students who did make it into the country before (or after) borders were closed.

Second, perceptions of Australia being ‘unsafe’ are being fuelled by anecdotal reports of racially-based harassment of Asians over the course of the pandemic, and of course the Chinese government’s unusual move to amplify such stories with the issuance of a formal warning back in June.

While both these issues could weigh on Australia’s reputation for being ‘open and welcoming’, in the mind of agents (and by extension parents and students), it is more likely being perceived as an issue of safety.

The UK and Canada are seen by agents to be the most ‘safe and stable’, but the UK is perceived to be especially ‘open and welcoming’ with 81% of agents in Greater China agreeing/strongly agreeing that the UK’s reputation has improved in this respect.

Figure 3: Proportion that agree/strongly agree that the reputation of a country as ‘safe and stable’ and ‘open and welcoming’ has improved in the last two months (Respondents in Greater China) 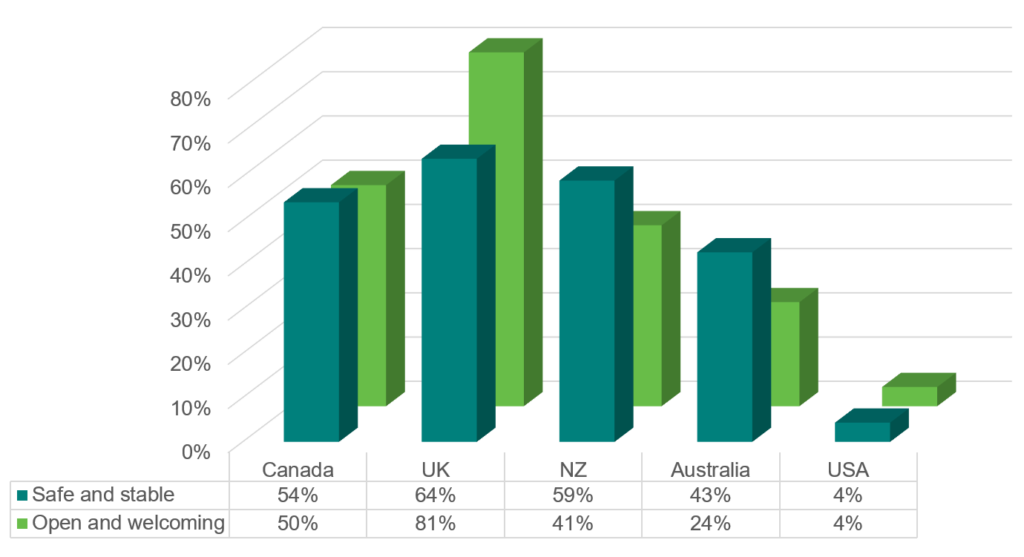 The favourable view of the UK held by agents in Greater China is supported by optimism that students will be able to travel there in the first half of 2021; almost 50% agents consider this a near certainty. Barely 10% of agents from Greater China are optimistic about the ability to travel to Australia in the first half of next year. It would appear that the strong closed-border stance of both Australia and New Zealand is having a significant effect on perceptions of agents, students and families in Greater China. It is worth remembering that Australia was amongst the first countries to close its borders to travellers from Greater China.

Figure 4: Do you expect students to be able to travel to the following destination countries in the first half of 2021? (Respondents in Greater China) 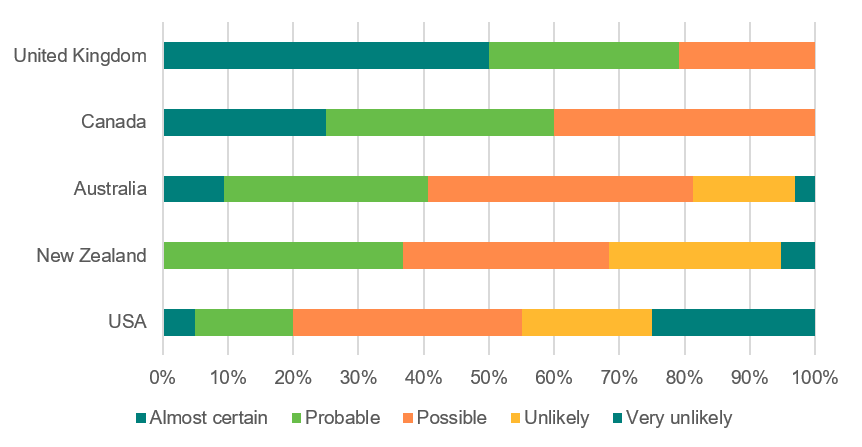 On the whole, it would appear that Australia’s position in the eyes of Chinese agents, students, and families is being adversely impacted by factors beyond COVID-19. It is difficult to separate more recent perceptions from Australia’s declining attractiveness in China, which was a trend reflected in key datasetsprior to the pandemic.

In contrast, the UK and Canada are in a much better position to capitalise on any initial recovery in global student flows. Between the UK and Canada, the short-term success story will be the country that is able to close the gap in terms of the public health response to the pandemic, and thereby offer Chinese students and families an option that is both safe and open.

You may also be interested in agent perceptions from South East Asia and South Asia.

About The Author Kim Eklund